I recently visited Dublin for three nights as a long weekend catch up with friends (one of who is vegetarian to add to the dietary requirements!) We would normally head to Spain or Portugal but as we were catching up in August we decided to avoid the school kids and headed to Dublin for a city break instead. Two nights were spent with my friends but a third night I added on for work, but it meant I got to try out a couple more gluten free options. We rented out an apartment on air b n b which was located in Temple Bar, a little on the noisy side but a perfect location for our weekend!

Here’s a round up of where we ate over the weekend.

One of my friends spent some time researching for restaurants that could cater for both coeliac and veggie requirements and we ended up at Millstone restaurant on the first night, just a few minutes walk for the air b n b. It’s a good idea to book if you’re visiting over a weekend and the restaurant was busy.

Many restaurants have ‘gluten free menus’ now in England but it’s probably the first time I’ve seen a ‘Coeliac menu’ which made me relax so much quicker, something that I actually saw a lot during my weekend. 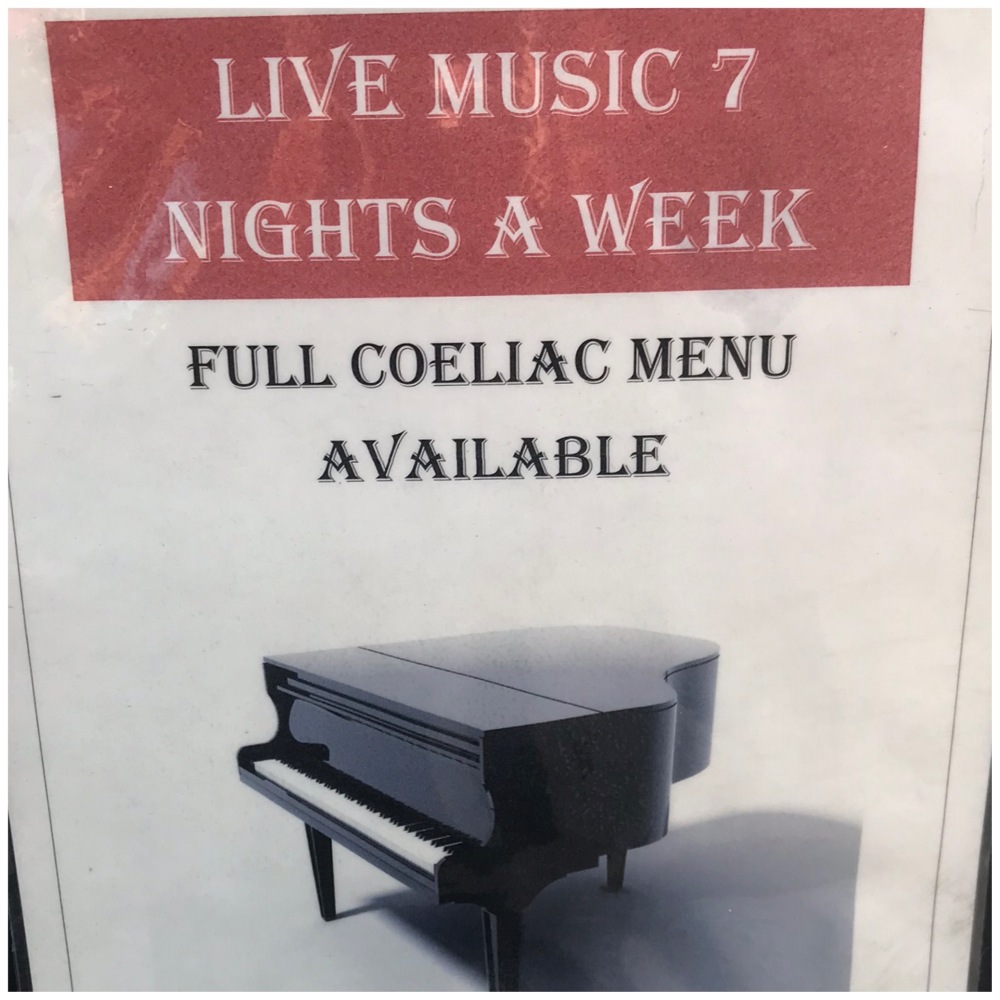 I opted for Millstones Irish seafood chowder to start, the same dish as two of my friends – it just came with different bread. The taste of the chowder was absolutely amazing and it was so good to be able to eat something like this with everyone else. 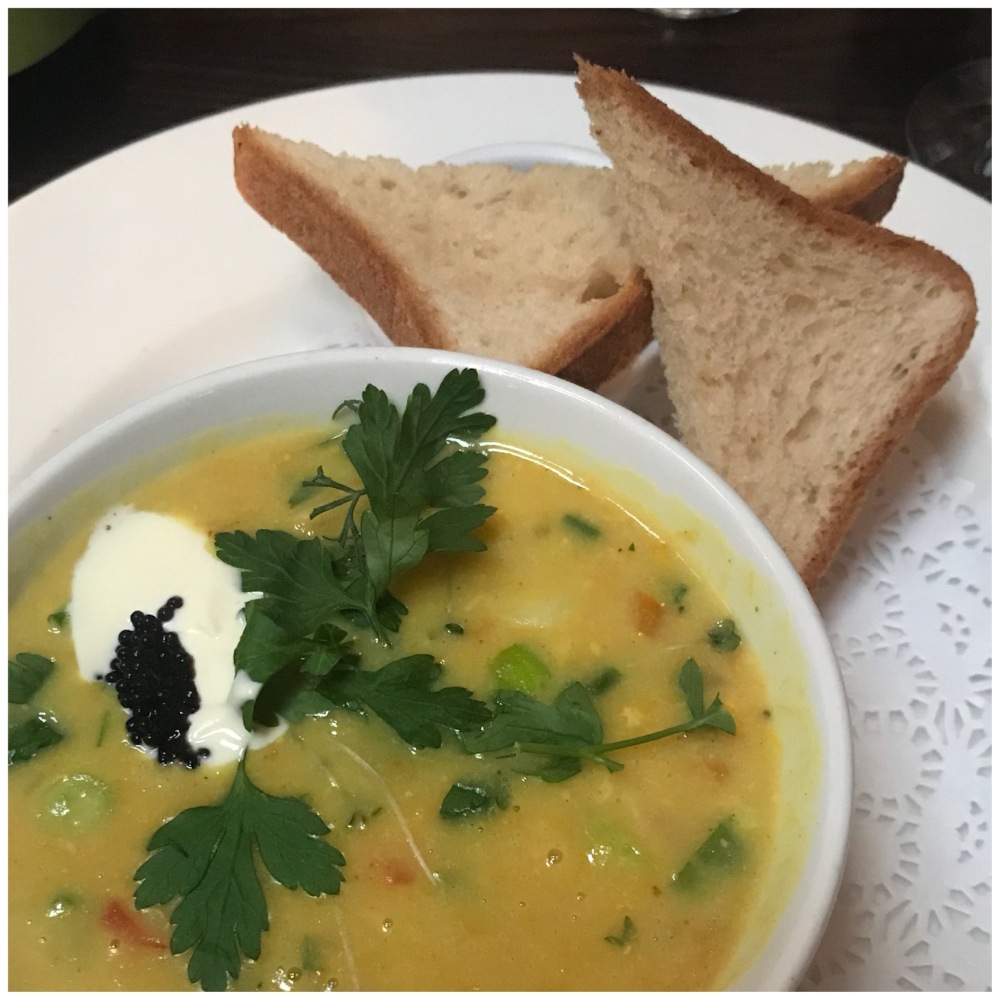 My main was the trio of Wicklow lamb that came with minted crushed baby potatoes and a red wine thyme jus. I loved this dish too but it defeated me – I was too full to get through it all! 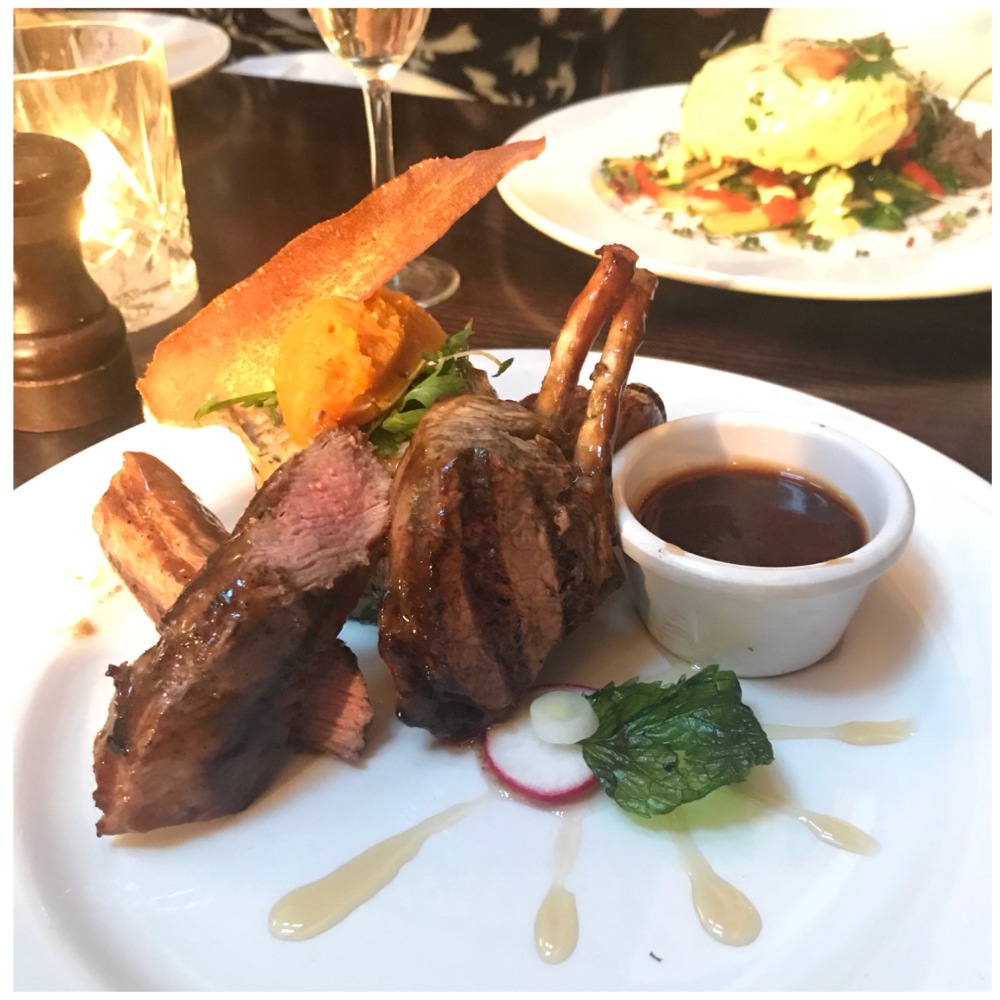 I was far too full to contemplate dessert but there was a chocolate brownie, Cointreau creme brûlée and apple pie as the Coeliac options.

We all thoroughly enjoyed our food here and would definitely recommend this restaurant, Coeliac or not!

My friends research also led us to Lemon Crepe and coffee co for us to be able to start the day with crepes! They had buckwheat crepes suitable for those with Coeliac, I had mine with smoked salmon, creme fraiche and chives. I almost went back for a second for dessert as the ones coming out loaded with Nutella looked and smelt divine! This is another must visit if you want crepes and they label allergens on their menu so could also be one to check out if you have multiple dietary requirements.

Next to our apartment there was a Co-op and Beshoff Bros fish and chip shop. On Saturday we decided just to grab a quick lunch and have it back in the apartment. This worked for me as my friends all got some toasties from the Co-op, whilst I went to Beshoff Bros to get some chips. I walked out with calamari and chips, as when it’s on offer I just can’t resist!! So much of their menu can be made gluten free using a separate fryer including things like scampi that are hardly ever a gluten free option! I would definitely recommend this fish and chip restaurant on a trip to Dublin, they had plenty of tables to sit in too if you don’t want a takeaway.

Through following @coeliacdublin on instagram and a well timed post the week before my trip I found out about Mak at D6, a gluten free Chinese that actually has a Coeliac menu. I was so excited especially when checking for veggie options I realised that lots of their dishes could be made with tofu so lots of choice for everyone. It’s a little further out of Dublin than all the restaurants around Temple Bar but it’s really worth it. Gluten free Chinese is such a treat anyway, but my non gluten free friends also loved the food. One of them thought it was the best Chinese they had ever had – high praise indeed! We walked there, think it took about an hour but we stopped at the park and at gift shops along the way. After the meal we just got a taxi back at around €15.

My starter was salt and pepper prawns in a tempura batter, anything battered is a treat if you’re Coeliac!

My main meal after a lot of deliberation was the sweet chilli chicken. 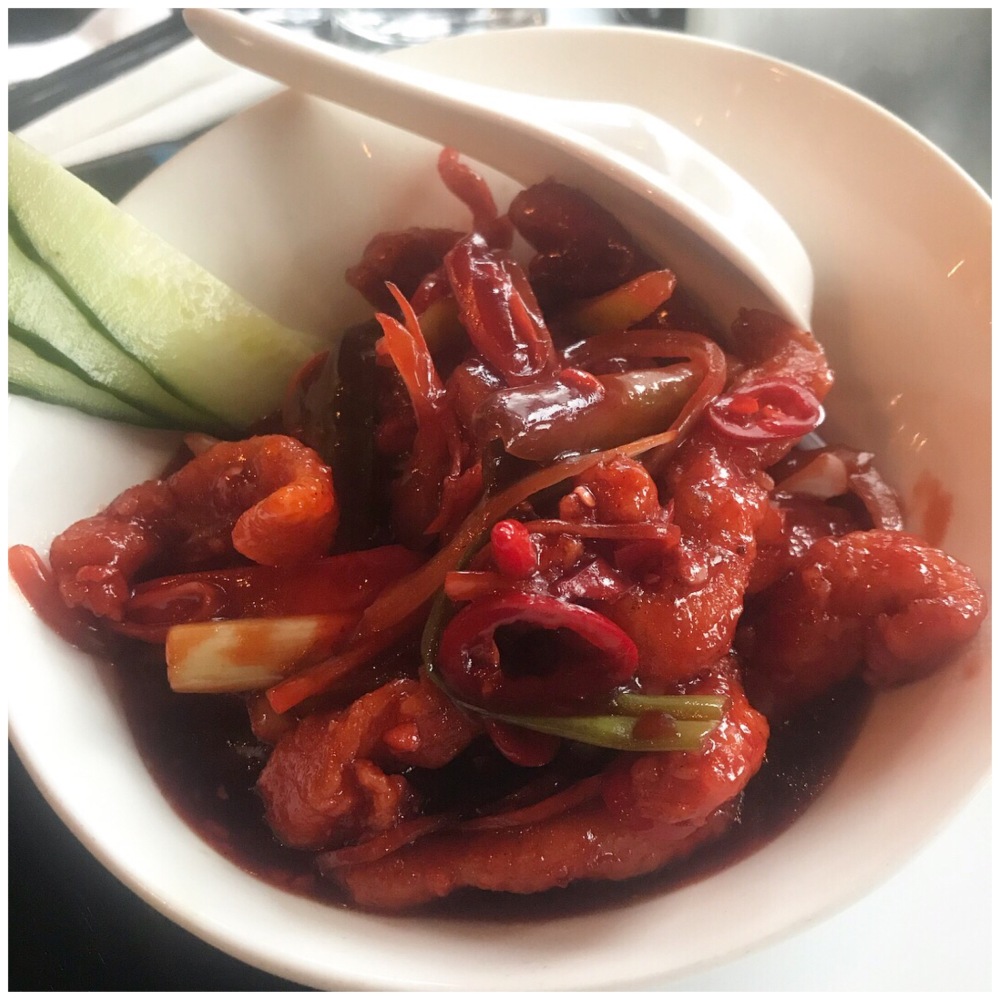 We also all shared some egg fried rice and veggie noodles and I was in heaven! I did post my meal on instagram and had a few comments about the price, however Dublin as a city is pricey so we didn’t pay anymore for this meal than a lot of others I was researching. If you visit Dublin and like Chinese then do yourself a favour and go to this restaurant!

Found thanks to Bryony Hopkins article in the metro for gluten free restaurants in Dublin, we opted for Sunday brunch at Brasserie Sixty 6. It was a great spot with a menu with Coeliac (C) and Coeliac adaptable (CA) dishes marked on the menu. We did book a table for 10:30am but at that time we probably didn’t need to but it definitely picked up during the course of the brunch! I opted for the beautifully presented eggs salmon that had perfect poached eggs, and actually came with a gluten free muffin rather than just a bread replacement.

The dish, and hollandaise sauce were perfect. It did also come with a side of fries that I’m not sure were required, but possibly handy if you’re fighting off a hangover! I washed all mine down with a berry smoothie, grateful that I’d read Bryony’s recommendations and wishing I’d have time to try some more! 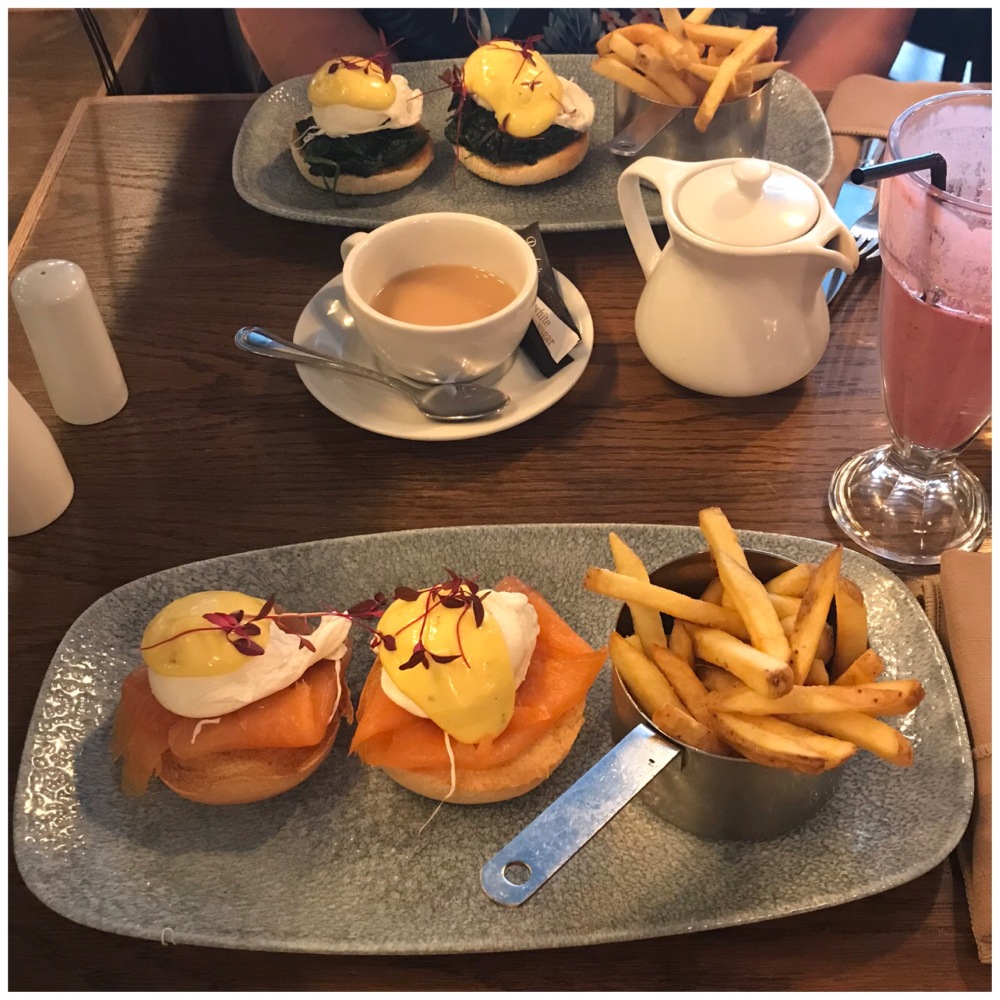 My local Coeliac friend Gill, @thegf_gf on insta very conveniently visited Dublin the weekend before me and tipped me off about Coeliac safe Cornish pasties. They come wrapped so you know they haven’t been contaminated! There was a cheese and onion pasty and a Cornish pasty which I opted for. I ended up not eating mine for a while as my friends were leaving Dublin for their flights and I picked this up on the way to my hotel that I was staying at for work. This was a mistake as it went a bit soggy in the packet. 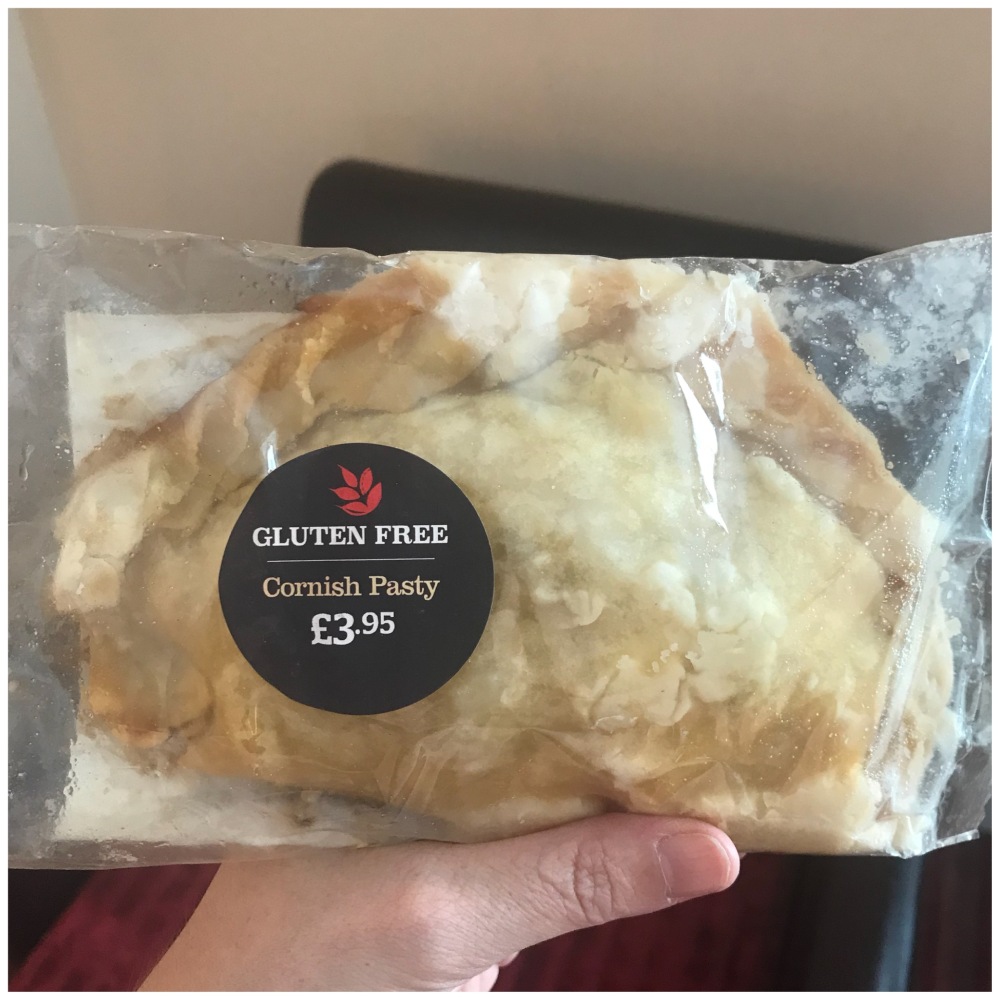 Otherwise known in England as Pizza Express, Milano is located in Dublin with the same gluten free menu. As I had overindulged all weekend and wasn’t hungry enough for a full pizza, and wanting garlic dough balls I ordered a kids meal to the hotel using uber eats! I got a kids size pizza, dough balls and a bottle of diet coke to replace the gluten free bite size brownie that they had run out of. I’m not sure they will serve you the kids deal in the restaurant but it was just what I needed to have a bit of everything whilst chilling out in the hotel!

On Monday morning the hotel did breakfast and they marked allergens on the menu, but I instead just grabbed some cereal bars from the local Spar to keep me going! I spotted all sorts over the weekend in Spar including some gluten free crisps, Foods of Athenry cookie bites and lots of gluten free snacks. We also got some Cadbury’s buttons to share at the apartment one of the nights, but they were expensive. If you visit Mak then the prices at that Spar were a lot cheaper than the ones around Temple Bar.

Whilst working on the Monday I needed to find some lunch and I wasn’t located in Temple Bar or the main part of the city centre. I used the find me gluten free app and it took me to Beshoffs that had a gluten free menu. I wouldn’t normally have fish and chips twice in one weekend but I needed something to get me through the day at work and late night flight home and there wasn’t much else around.

I opted for the kids size fish and chips so that I could also order some gluten free onion rings to have on the side. I definitely didn’t eat all of this but it was really good!

There wasn’t much that I found at Dublin airport, but I also couldn’t be bothered to explore much. They had gluten free snacks in one of the cafes for something to keep me going.

Other recommendations that I didn’t get to try

*I absolutely love the Port House for its tapas, abundance of gluten free options and allergy marked menu. However having been to the London branch a few times we opted to try somewhere different but would recommend it if you’ve not been!

*The Porter House has a gluten free menu and a fab gluten free Irish stew judging from Gills recommendations on instagram from her weekend there.

*Definitely check out Bryony’s Metro article too for some recommendations.

We didn’t actually do much whilst in Dublin, using it as a weekend to catch up and relax. We did go to the Castle and have a wander around the shops, Temple Bar and university. 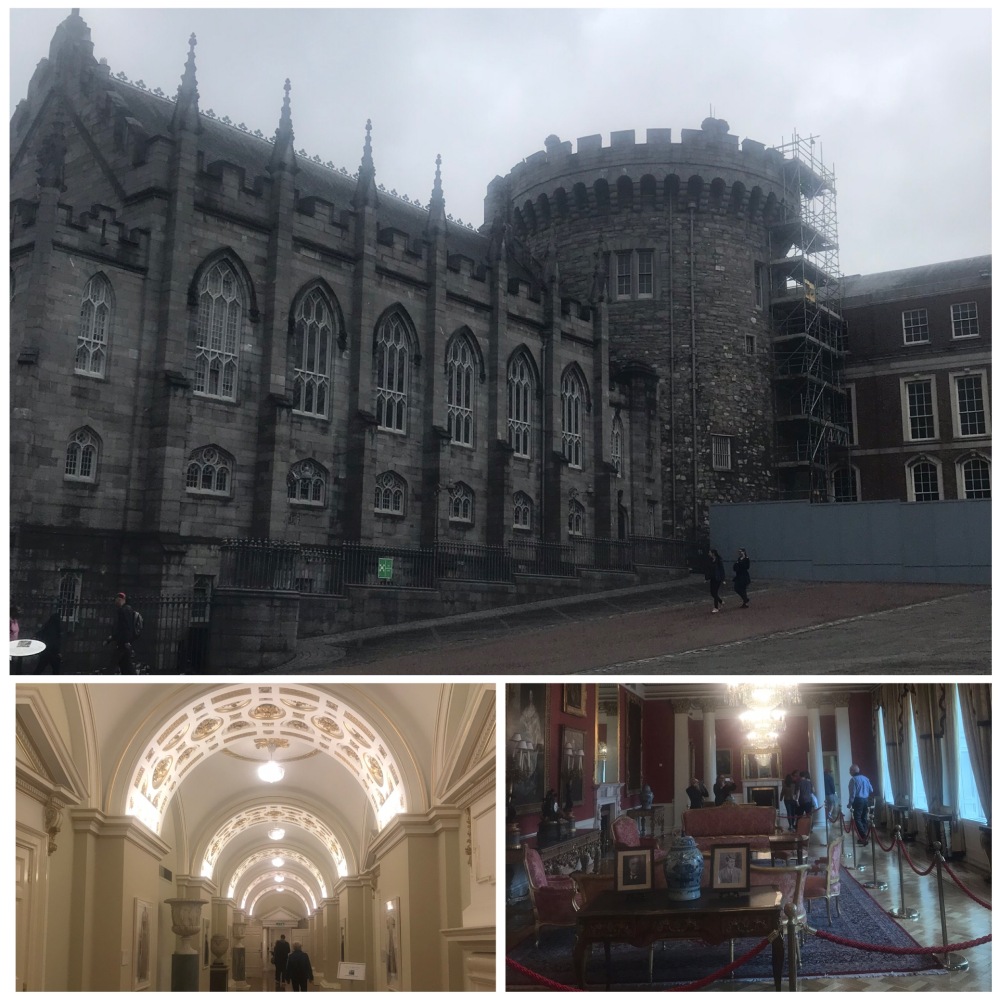 If I went back with Paul I would also go to the Guiness Factory but as a Coeliac away with friends that don’t drink that much we were the wrong audience! It was a great place though to get away with plenty of places to eat, drink and overindulge Coeliac or not!

Whatever you decide to eat, drink or see in Dublin I hope you have a great trip!